You are here: Home › News 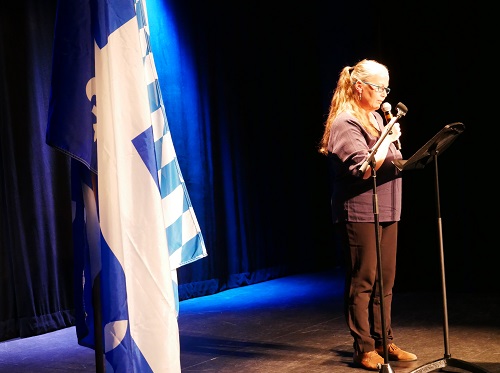 The State of Bavaria Montreal Office is pleased to welcome translator Michaela Meßner to Quebec City. Ms. Meßner is this year’s recipient of the literary residency grant as part of the Bavaria-Québec exchange program, which is annually awarded to writers, comic/graphic novel artists, and literary translators residing in Bavaria.

Michaela Meßner studied Romance languages, ethnology, and German as a foreign language in Mainz and Munich and has worked as a translator of nonfiction and fiction for numerous publishers in Germany and Switzerland.

The Bavarian grantee is currently enjoying a 2-month residency at the House of Literature “Maison de la littérature” in Quebec’s capital, which as a UNESCO City of Literature is known for its dynamic creative and literary scene. The House of Literature – a creative center for writers – not only houses an extensive library of French-Canadian literature, but also serves as a place for cultural encounters and a hub for a far-reaching literary network. Writers and comic artists from all over the world co-create here in a large number of studios as part of a wide-ranging program.

In addition to the Bavarian State Chancellery and the Bavarian State Ministry of Science and the Arts, the State of Bavaria’s representation in Montreal and other partners of the State of Bavaria in Quebec support the exchange. These include the City of Quebec and the Institut Canadien de Québec, the Ministry of International Relations and the Francophonie as well as the Ministry of Culture and Communication of Quebec and the Quebec Delegation in Munich and Berlin.