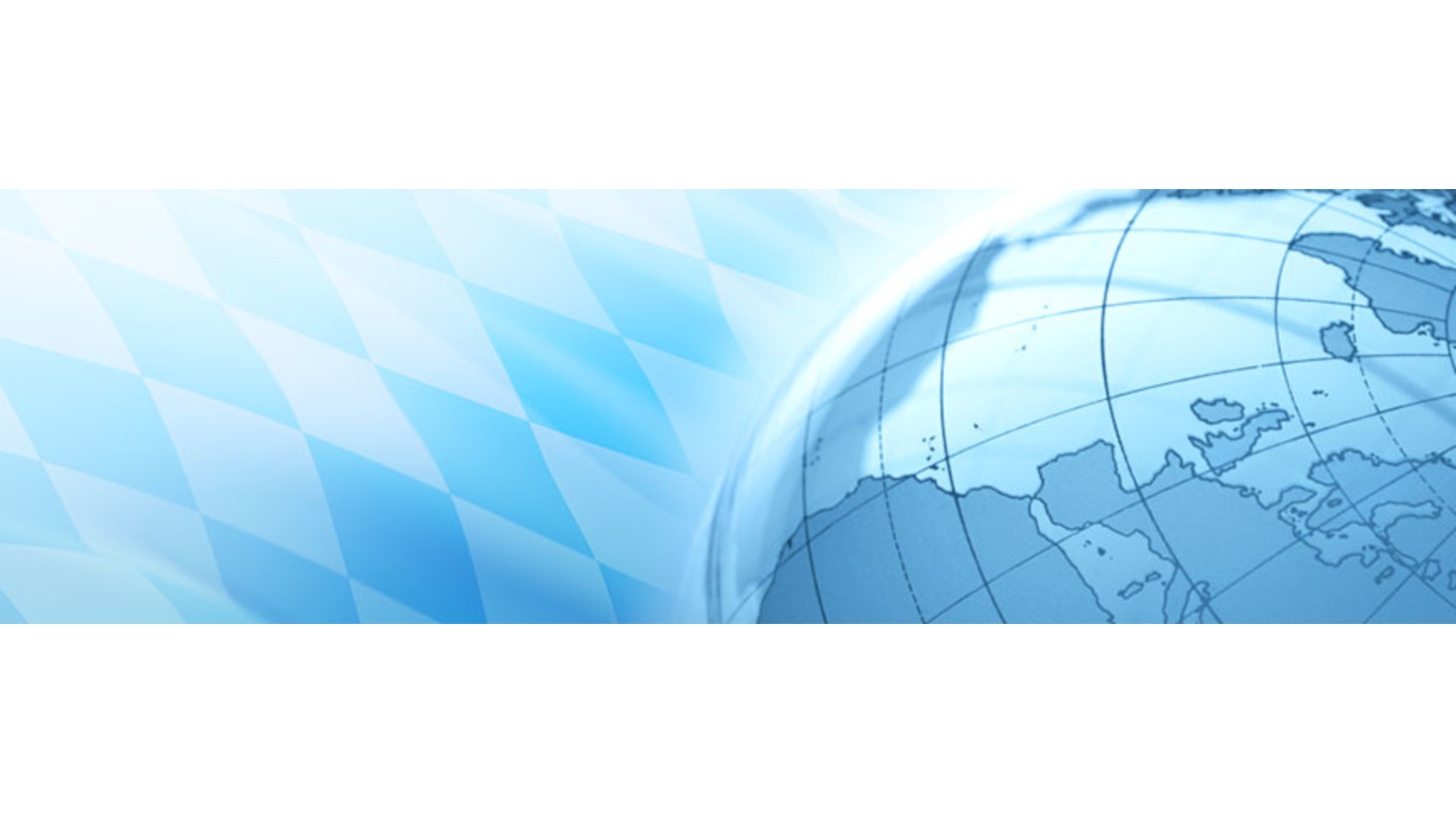 You are here: Home › About Bavaria › Bavaria’s Partner Regions Worldwide

Bavaria's Partner Regions Around the World

Diverse international contacts around the globe help the State of Bavaria to successful set the course for the Bavarian economy, science, culture and administration. The government of Bavaria kick-started an international network of regional leaders with Georgia (USA), Upper Austria (Austria), Quebec (Canada), Shandong (China), São Paulo (Brazil) and the Western Cape (RSA).

Regular political exchanges within this network form the base for a prosperous and trustful economic and scientific cooperation in future markets around the globe. The summits take place every 2 years. After Munich in 2016, Quebec hosted the next one in 2018.

In addition to these specific partners, Bavaria also maintains close relations with the following regions: Gauteng (RSA, since 1995), Guangdong (PR China, since 2004) and Karnataka (India, since 2007). With a number of these partners, Bavaria implemented mixed work groups bringing together Bavarian public servants and their foreign colleagues.