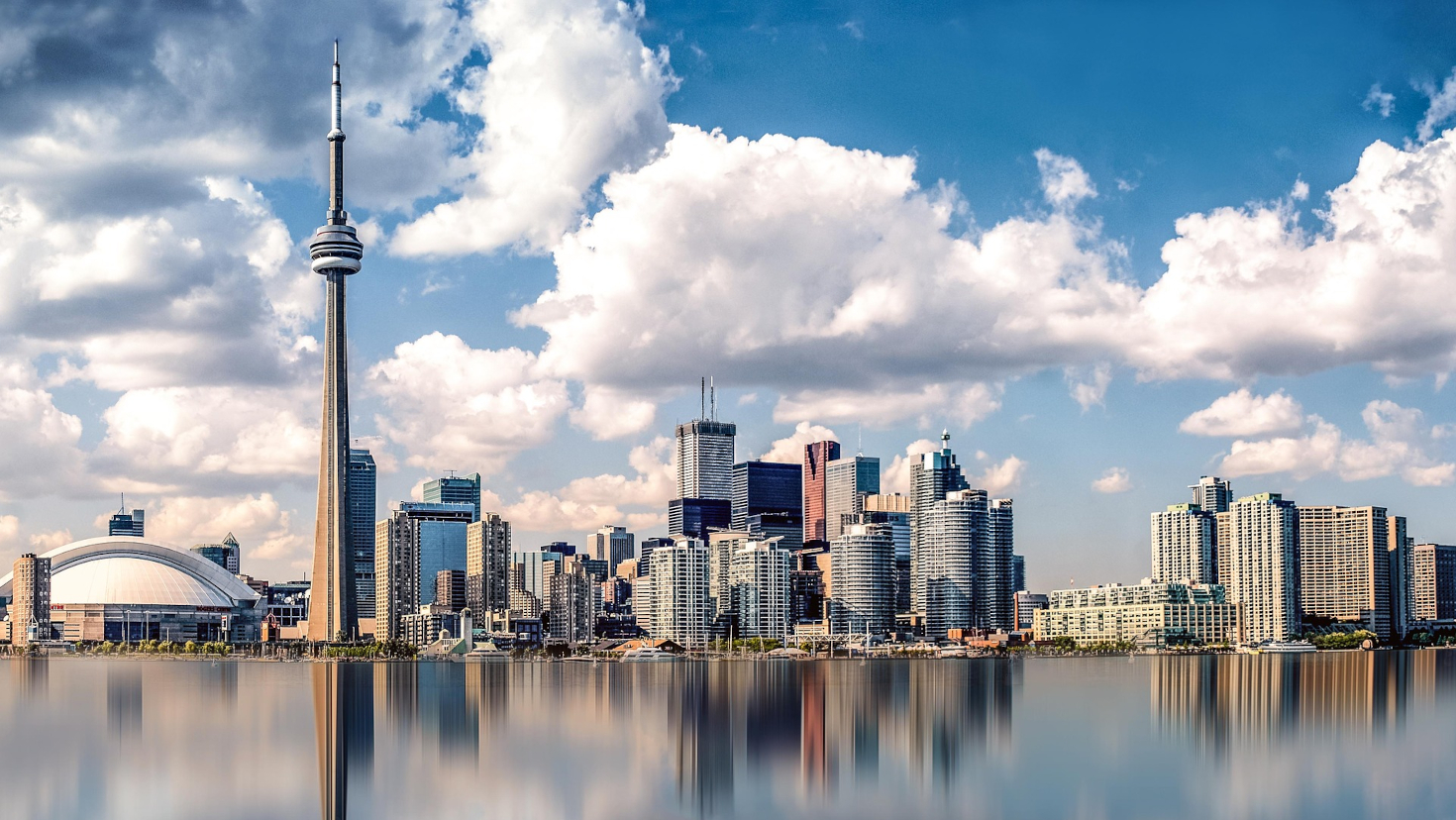 You are here: Home › About Canada › Facts & Figures

European settlement in Canada began in the mid-16th century when Jacques Cartier started his discovery tours.

In 1867, the Dominion of Canada was founded, becoming a de facto independent State within the Commonwealth by the Statute of Westminster in 1931. On April 17th, 1982, Canada gained full autonomy and independence, enshrined in the Constitution Act.

Canada is a founding member of the G7 and enjoys an excellent international reputation. Although it is the second largest country in the world, it is also one of the sparsely populated.

Since 1989, there has been a very lively partnership between Bavaria and the province of Quebec. Moreover, the Province of Alberta has been cooperating with Bavaria in the fields of science and technology since 2009.

With a nominal GDP of 1.989 billion US$ (in 2018) Canada is the eleventh largest economy in the world. With an area of 9.9 million km2 and a population of 37 million people, the world’s second largest country is one of the most sparsely populated. About 1 million of the population identify themselves as First Nations or Métis.

The official languages of Canada are both English and French, with the latter language spoken by minorities only outside Québec.

With 5 different time zones from coast to coast, the country relies on efficient inter-city airport connexions. The busiest hub is Toronto Pearson International Airport, which connects to a variety of cities around the world.

Canada is divided into 13 provinces and territories. The political system of parliamentary-democratic federation and parliamentary monarchy is based on the Westminster system.

Canada’s federal system allows provincial and territorial governments to exercise a wide range of responsibilities: healthcare, education, culture, and natural resource use, for example, are administered at the local level.
They also have fiscal sovereignty in many areas. The majority of the provinces charge a provincial – in addition to the Canadian – income tax and maintain gambling and alcohol monopoles.

Jurisdictions vary from province to province. Québec’s judicial system is based on the French-influenced Code civil, while Anglophone provinces have adopted British Common law. In labour law, there are differences in certain areas: some decisions are based on Canadian labour law, others on provincial jurisdiction.

Basic research output (publication of scientific articles) has grown steadily in Canada since the turn of the 21st century, faster than the OECD average. Canada’s National Research Council (NRC), the country’s principal science and technology research organization, is a leader in scientific and technical research, technology dissemination and information. With offices in most major cities across the country, its market-oriented organization addresses common problems to improve people’s lives in all areas of research. In 2015 1.6% GDP was invested in R&D (down from 1.9% in 2006).

R&D is also conducted in world-class university facilities, the most significant of them grouped together in the U15 Group of Canadian Research Universities (commonly called U15). The members conduct 80% of all competitive university research in Canada and contribute more than C$36 billion to the Canadian economy each year. Initiatives like MITACS help build partnerships between academia, industry and the world by hosting international students or providing scholarships for Canadian students to go abroad for research.