You are here: Home › About Bavaria › Highlights & Culture › The Dragon in Furth im Wald

The Dragon in Furth im Wald

This if one of the world’s biggest robots, fitted with latest technology and surrounded by amazing special effects.

A huge dragon is interwoven with a more than 500 years old tradition in Furth im Wald, close to the Bavarian-Czech border. Every year during August, the Dragon is being slain in remembrance of St George’s sacrifice. The Further Drachenstich festival was already mentioned in 1590 as an old tradition – which makes this festival one of Germany’s most ancient ones.

In 2010, under coordination of Zollner Elektronik AG, more than 20 companies and institutes came together to build a brand new robot – from special effects specialists from Hollywood to high-tech mecatronic and steel work companies, not to mention AUDI and the DLR (German Center for Aeronautics). They put their efforts together to build the high-tech monster. 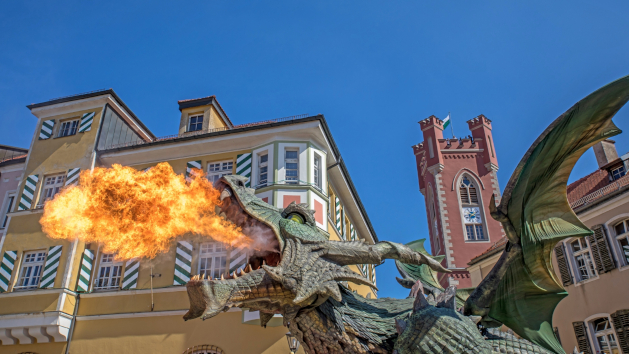 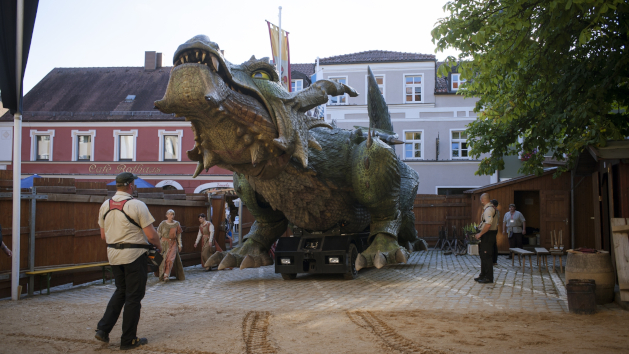 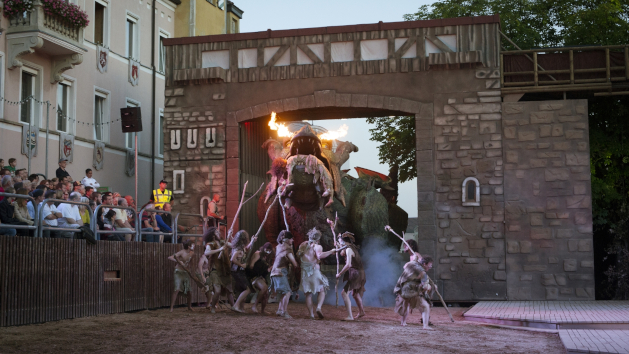 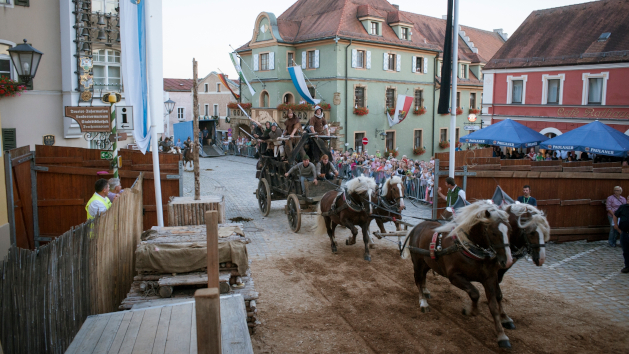