You are here: Home › About Bavaria › Highlights & Culture › The Munich Oktoberfest

The Oktoberfest in Munich (or Wiesn, as the locals call it) is one of the world’s largest fairs and the best-known trademark of Bavarian culture abroad. Several offspring around the world bespeak this, the biggest worldwide being the Oktoberfest in Kitchener-Waterloo, Ontario.

The Munich Oktoberfest has been held the last 2 weeks of September in an area called Theresienwiese since 1810. After the parade of the Wiesn hosts dressed up in traditional suits, which starts downtown and ends at the fairground, Munich’s mayor taps the first beer keg in the Schottenhamel tent at exactly 12 o’clock. With the tapping of the keg and the cry “O’ zapft is!” (“It’s tapped!” in Bavarian dialect), the Oktoberfest is officially opened.

Every year people excitedly await how many tries the Mayor will need to tap the keg and people even make bets. The record is 2 tries, yet 19 tries have also been necessary in the past.

The Oktoberfest yearly welcomes around 6 million visitors (record was set in 1985 with 7.1 million), who drink an average of 6 million liters of the beer brewed especially for this occasion, and eat 500,000 roast chickens, served by approx. 1,600 waitresses.

The greatest tent, Hofbräu, seats 10,000, and hotel rooms in Munich must be booked months in advance.

Stamps on letters sent via the Oktoberfest-postboxes gain instant value on the stamp collectioners’ market! 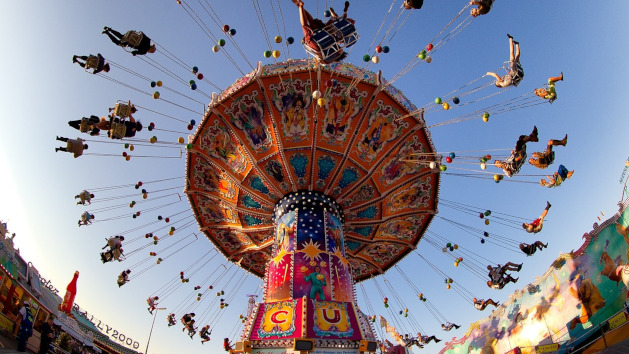 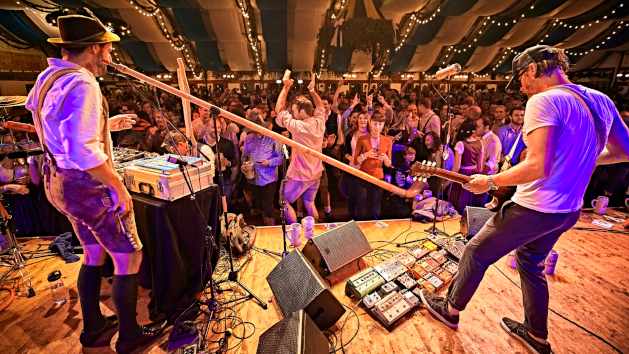 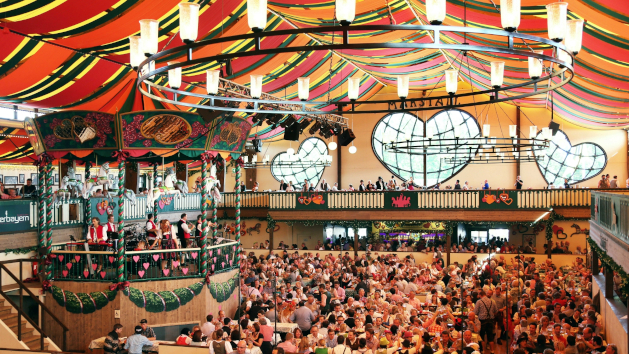