You are here: Home › About Bavaria › History & Symbols › Jakob Fugger

Jakob Fugger “The Rich” (1459-1525), as painted by Albrecht Dürer, was the most famous member of the prominent merchants family Fugger of Augsburg. The Fuggers, who were so rich as to loan money to kings and popes, are usually considered the followers of the De Medici family, in terms of arts patronage and political and economic influence.

When visiting Augsburg, one cannot help but stumble upon monuments and signs of the Fuggers at every step: churches, chapels, coat of arms and statues remind visitors of how great the family did for the city during the Renaissance era, a time from which Augsburg earned its reputation as “the northernmost city of Italy”.

Through his activities as a merchant, industrialist, land and forest owner, and banker, Jakob Fugger “the Rich” was able to amass enormous wealth.

Part of this fortune he invested in building almshouses – what one would now call social housing units – in the middle of his city, in a walled-up neighborhood that came to be called after him: die Fuggerei. 67 houses are gathered around 8 small streets called “Gassen”.

To this day, 150 indigent catholic families live here for a yearly rent of less than 1 euro. As a counterpart, they are expected to say prayers for their benefactor and his dynasty 3 times a day, and the gates to the neighborhood are still locked at night. The lease conditions are the exact same as 500 years ago.

The houses are 2 stories high each, with 2 apartments of 500-700 sq ft each. Dating back before the installation of street lights, the door bells each have their own unique shape: it was destined to be recognized in the dark by feeling, thus giving the address.

The only changes that occurred over the years were the addition of modern amenities and equipment. After heavy destruction during the American bombings of 1944, die Fuggerei was restored in its ancient splendor and is, to this date, still used the way Jakob Fugger had wanted. 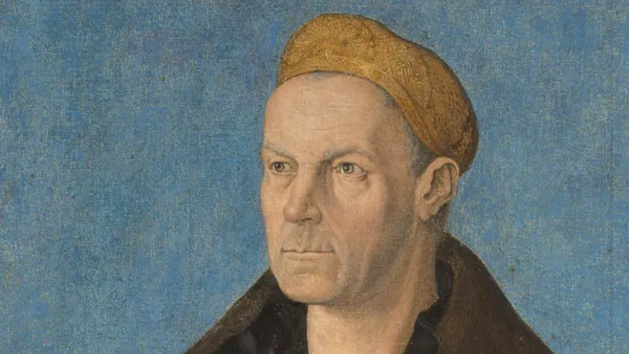 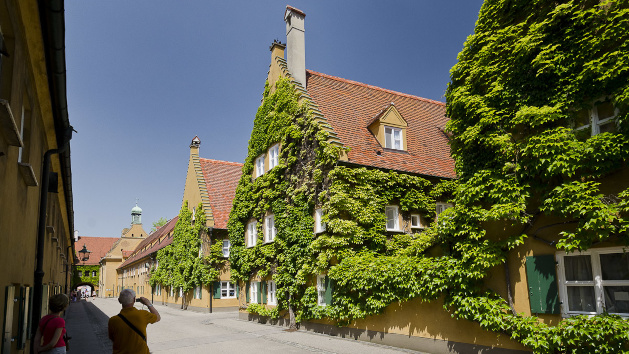 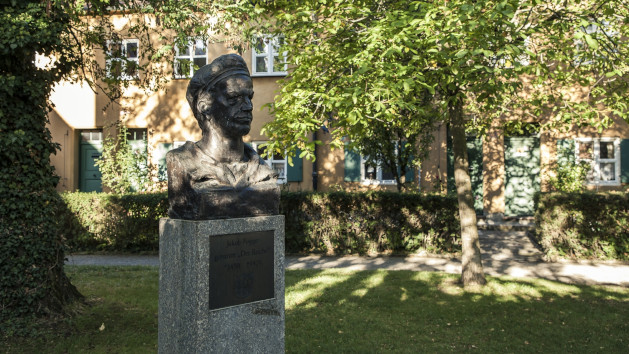