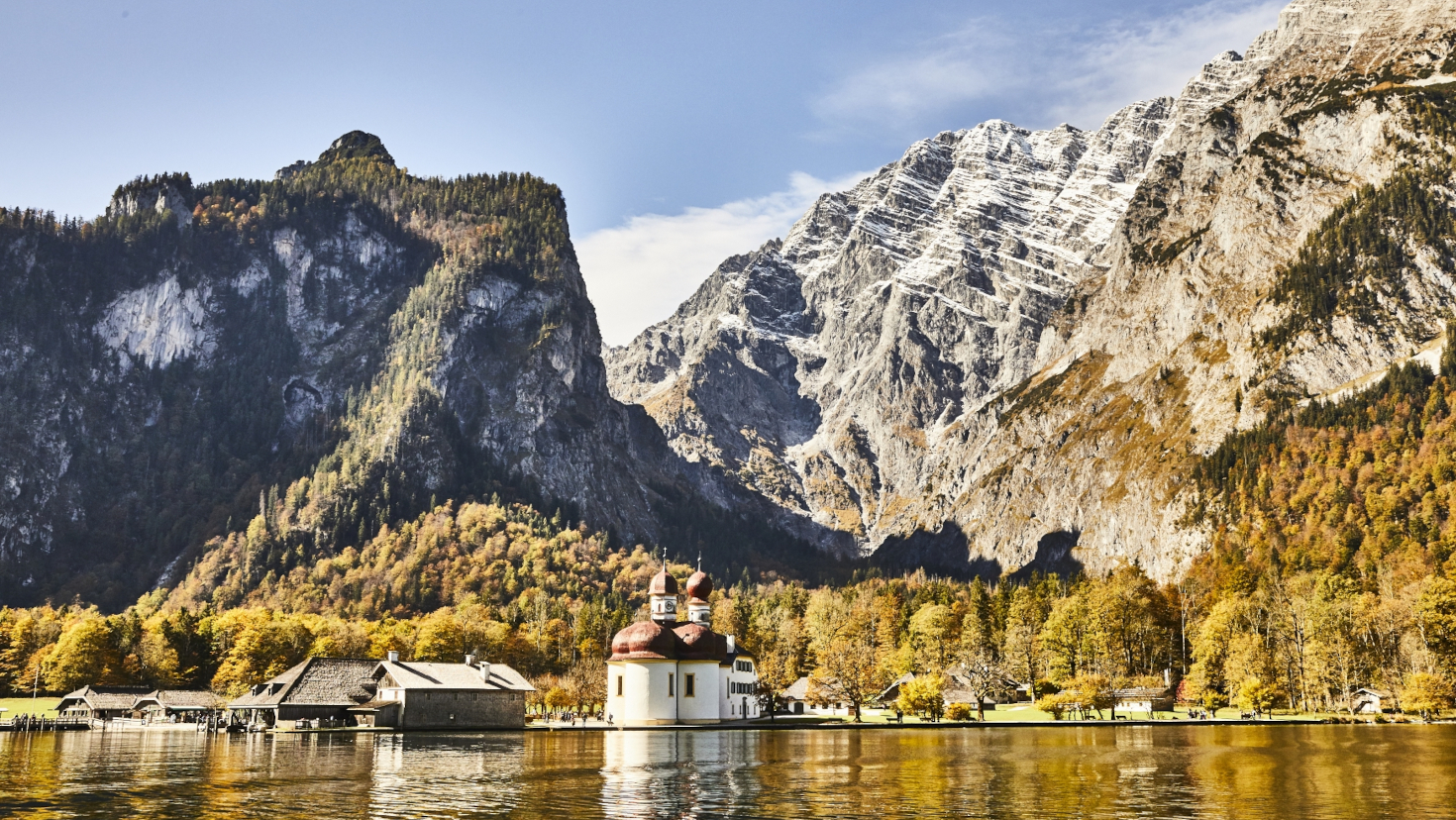 You are here: Home › About Bavaria › Facts & Figures

Bavaria is located in the southeast of Germany and thus in the geographical center of Europe. Find out more about the State of Bavaria!

Bavaria borders with its neighboring countries – Austria, Czech Republic and Switzerland – with an area of approximately 70,550 km2 and therefore is the largest state in Germany and is about twice as large as Denmark, which measures some 43,000 km2, and also Switzerland, which covers 41,000 km2.

Close to 12.9 million people live in Bavaria, of whom around 1.5 million reside in the state capital Munich. Among the largest cities are Nuremberg, Augsburg, Regensburg, Ingolstadt, Würzburg, Erlangen and Fürth. Rural areas are also important for Bavaria and cover some 85 % of the state. They constitute the living, economic and working base for nearly 8 million people, or roughly 60 % of the Bavarian population.

Bavaria is located in the heart of Europe, making it the ideal base for developing new markets. In light of its hundreds of years of political and economic relations, Bavaria serves as a gateway to the countries in Central and Eastern Europe. However, it is not only Bavaria’s geographical location in the vicinity of Italy, Slovakia, Hungary and Ukraine that facilitates access to foreign markets, because infrastructure also plays a key role. The state is home to international airports in Munich and Nuremberg, 42,000 km of roads, 6,120 km of railway and four freight transport centers.

Numerous renowned organizations are headquartered in Bavaria, such as the Max Planck Society, the Fraunhofer Societies and Institutes, the Helmholtz Association and the Leibniz Association. These institutions facilitate Bavaria’s excellence in research.

Canadian citizens may visit Germany or travel there for work without a visa for up to 90 days. In order to live or work there, they will require a specific permit. The application must be filed with the German Consulate General in Toronto exclusively. Visa applicants will have to provide a health insurance.

Citizens 18 to 35 years of age may apply for a simplified work permit under the “Youth Mobility Agreement”. The application must be made in person at the Germany Embassy in Ottawa, the German General Consulates in Toronto or in Vancouver, less than 3 months prior to departure. To learn more about this program, please read the Work and travel in Germany guide.

Detailed information and fill-out forms for Canadian citizens at www.canada.diplo.de

Canadians already in Germany may apply for a visa on-site, with the proper authority, usually the Foreigners’ Office in their city of residence.

The city of Munich Foreigners’ Authority offers foreign specialists and executives a specialized service in order to accelerate all foreign-related processes, from visa to residence permits. www.muenchen.de/ArbeitundWirtschaft

Since 2012, highly qualified non-EU citizens applying for “in demand” jobs can apply for the EU Blue Card, which fast-tracks them to a residency (work) permit.

Equivalencies of foreign qualifications are a matter of the German Chambers of Commerce (IHK). The central office IHK-FOSA (IHK-Foreign Skills Approval) is located in Nuremberg. The German Federal Ministry of Education and Research offers a website with all pertaining info, steps, forms and useful tips regarding the procedure of obtaining an official equivalence to foreign qualifications: www.anerkennung-in-deutschland.de